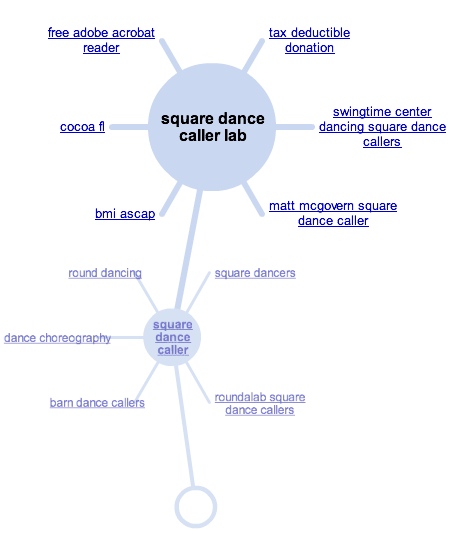 Who the heck is Matt McGovern, and why is his page directly linked to CALLERLAB? At least he’s a caller and he’s young…in fact

, a teenager. But I couldn’t find anything on his site related to CALLERLAB…it doesn’t even say he’s a member. It would be interesting to know why Google links the things it does.

Another interesting view is the Timeline. Here’s one for the search “square dance”:

Notice the peaks in the early fifties and the late seventies.

OTTAWA, Friday, Oct. 12– Princess Elizabeth escaped last night from the long crinoline skirts and tiaras of state dinners and slipped into something comfortable. She put on a peasant blouse and dirndl skirt and the Duke of Edinburgh climbed into blue jeans and a wild shirt for an evening of square dancing at usually dignified Government House.

Notice that the queen could take off her crinolines and put on a (presumably more comfortable) dirndl skirt.